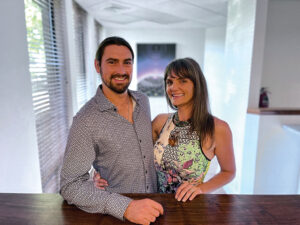 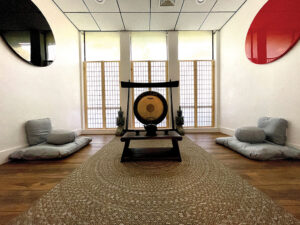 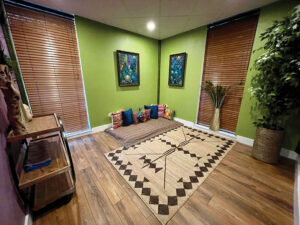 The last four years have not been easy on the Northstate. Between a dam failure and ensuing flood, the most deadly and destructive wildfire in California history, additional yearly wildfires, and finally a worldwide pandemic that dramatically changed life as we know it—residents of our normally quiet part of the state have experienced an unprecedented level of trauma. As any therapist will tell you, healing takes a good deal of time, and without ample time to recover, individuals find themselves in a sort of limbo, often full of unprocessed emotions and unanswered questions. As there hasn’t been an adequate gap between one disaster and the next, these unprocessed emotions continue to pile up, layering on top of each other year-after-year, resulting in grief and unchecked pain. The result—developed personalities that put us at greater risk for aggression, depression, aggravation, distrust, and more. This situation not only harms ourselves but has an adverse effect on those around us. The Phoenix Nest Community Project in Chico, a program by Alex Kriz, Jesse Spallina, and Daniel Rieders M.D., aims to create a safe space to work through these emotions using ketamine, opening the door for introspection and healing.

Originally from Gainesville, Florida, Jesse moved to Washington D.C. after college and worked for W.W. Grainger in industrial supply. He quickly moved up, but found himself disconnected from the life he was living. He sold his belongings, cashed out from the company, and moved to California to try his hand at real estate investing.

“Everything changed when I moved to California.” Jesse said, “I began finding ways where I felt connected to nature and the community. I attended a dance church on Sunday mornings, where you could just go and dance for enjoyment. It was judgment free, and I always felt better after visiting. I met a guy who was doing sound healing, and I checked it out. I immediately found my calling during that first experience and decided to make it my life’s work.”

Jesse began taking classes at the Vibrational Sound Association in sound healing and learned the many ways in which something as simple as changes in sound can scientifically make a positive impact on health and wellness. Much of this has come into the limelight over the past few years with binaural meditation phone apps, along with studies indicating the use of sound for improvement of sleep and effectiveness of therapy. He opened 432 Sound Healing in Chico and began offering corporate relaxation programs to help individuals through the kinds of experiences he had while working in Corporate America. The business grew and eventually became an open platform for all individuals seeking relaxation and a spiritual form of healing.

During his time in Chico, Jesse met Alex Kriz, a name you likely recognize if you follow the magazine, as our Goddess of Grooming in the Women in Business issue and owner of All Cats & Dogs Pet Grooming. Alex had been through a great deal of trauma herself, suffering from the fallout of a sexual assault during her time in the military, and still doing her best to work through it. Citing the immense trauma experienced throughout the Northstate, they set out to form a healing studio to help residents process their emotions and recover. They enlisted the help of a mutual friend, Dr. Daniel Rieders, a triple board certified cardiologist from Palo Alto, who not only achieved success in the world of western medicine, but eastern medicine as well. Together, the three are looking to bring an unparalleled level of healing to Northern California using ketamine, a common pharmaceutical used at every hospital throughout the country.

“Ketamine is considered a medical necessity by the World Health Organization.” Alex said, “It was used as an anesthesia medicine during the 60s on the battlefields of the Vietnam War, and it is used in low dosages at hospitals to help ease pain. Over the years, doctors and therapists have found another use for it—at a dosage between painkiller and anesthetic, there’s this in-between space. Patients are awake and fully relaxed, but in a state where they are able to unlock repressed memories and process trauma through profound experiences. It puts you out of your own way for an hour and creates an environment where the body is finally able to work its own healing magic.”

Dr. Rieders continued in agreement, “The Phoenix Nest Community Project is a passion project for all of us. We’ve all had different journeys, but found ourselves at the same place with the same calling at the same time. I’ve used ketamine for years to help patients both in treating pain and altering consciousness. In this modality, we administer a very low dosage of ketamine, sit next to the patient, and simply create the space they need to process things. Most recently, I’ve had patients who successfully dealt with depression from deep seated body image issues, simply by enjoying music after taking ketamine. The experience helped the patient realize their body was a necessary vehicle which allowed them to enjoy the music they were listening to. They came into their visit openly hating their body and left 45 minutes later with a brand new appreciation through self-discovery. It was truly a beautiful experience. Everyone has different challenges, but this continues to work time and again, almost regardless of the emotional trauma being treated. I’ve had countless similar experiences with patients suffering from PTSD, those who are having trouble coping with the loss of a loved one, and even those who are having trouble at work. The opportunities seem to be limitless.”

Jesse finished the point by saying, “We see this as creating a sacred space with clinical safety. The experience is kind of like a control-alt-delete on the brain. When things get too intense and you can’t find a way out, this form of treatment allows you to break free from the confusion, disconnect for an hour, and see things from an outside perspective. Most of us are great at providing advice to friends, but seldom great at processing and working through what’s happening within ourselves. The moments created during these sessions allow patients to see a brighter side of life, and it’s been shown time and again to have a life-changing effect for those suffering from deep depression.”

Indeed, science does back the work being done with ketamine. A simple Google search will pull up a multitude of articles, published scientific studies, and personal accounts of individuals who have successfully dealt with depression and other diseases using the drug. Even mainstream outlets like WebMD hail it as potentially being one of the greatest breakthroughs in treating severe depression in recent history. Though the treatment is new to Butte County, it has been available for quite some time at hundreds of clinics across the state.

“It is so much more than just a treatment; it’s a type of regenesis.” Jesse concluded, “This creates a new foundation for people to work from. It’s been shown to create new neural pathways that allow your brain to start firing properly again, pushing serotonin through the system and building neuroplasticity so people can learn new behaviors that will allow them to maintain their newfound healing. Not only does it work on depression, but it’s been shown to help in active addiction with opiate addicts and removing suicidal ideation. Truly, it is an incredible opportunity to help those who need help most.”

Phoenix Nest Community Project will open its doors on June 1st at 1459 Humboldt Road, directly across from the police station in Chico. For more information on the project and the incredible work being done by Jesse, Alex, and Dr. Daniel Rieders, visit
www.PhoenixNestProject.com, or call (530) 855-0213
to schedule an appointment.